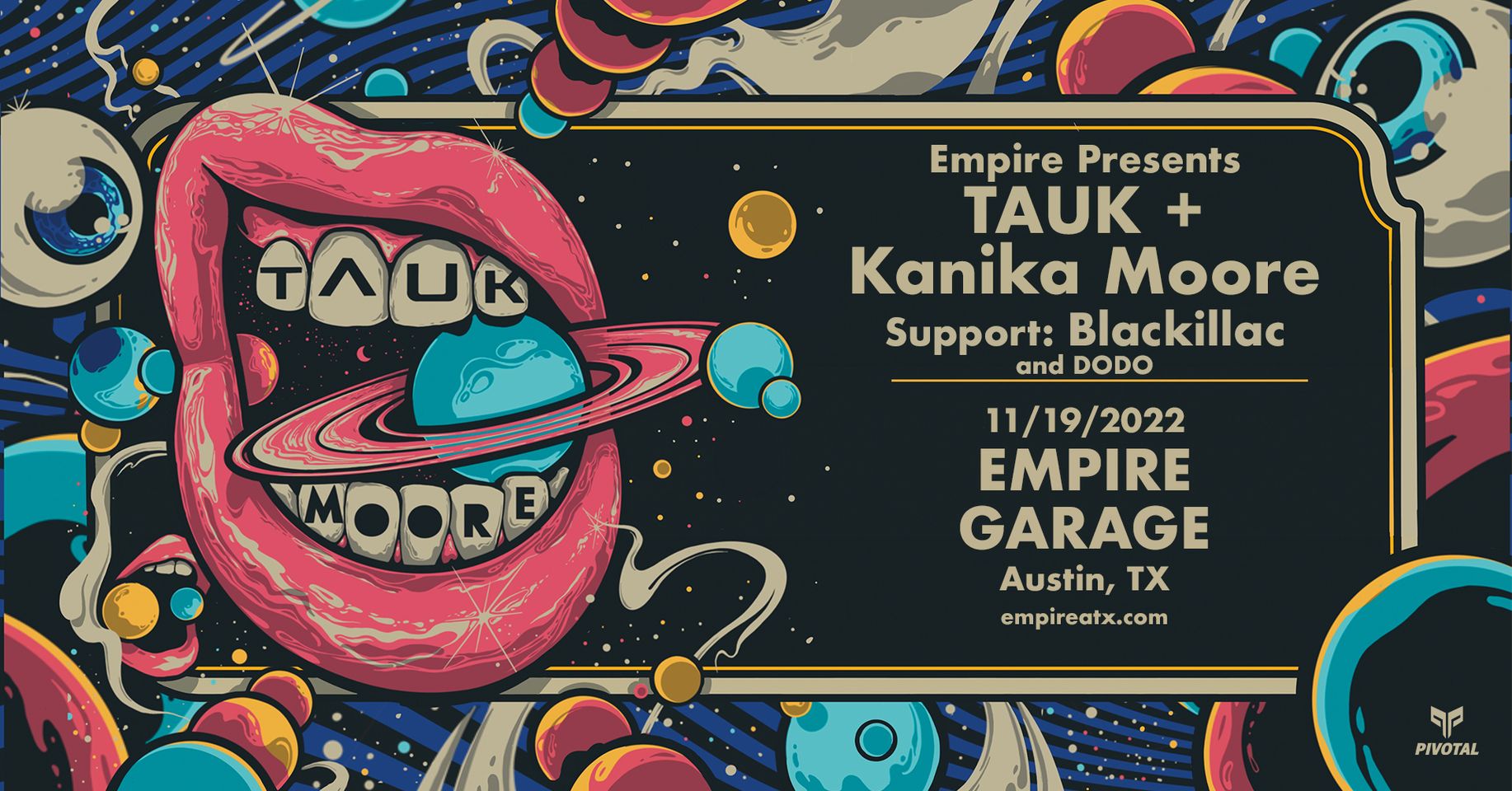 Empire Presents: TAUK Moore (TAUK + Kanika Moore) w/ Blackillac & DODO @ Empire on 11/19
Doors 7:30pm, Show 8:30pm // ALL AGES
Tix: wl.seetickets.us/event/TAUK/496431
New York based rock-fusion band TAUK is teaming up with vocalist Kanika Moore of Doom Flamingo for a string of dates this fall. After a number of highly energetic and powerful live collaborations including Electric Forest in 2018, Peach Festival and Resonance Festival in 2021, they decided to jump in the studio and write a song, which turned into Kanika spending two weeks with the band resulting in Moore songs. The tunes conjured up during this session are the basis of the TAUK Moore tour coming to a town near you.