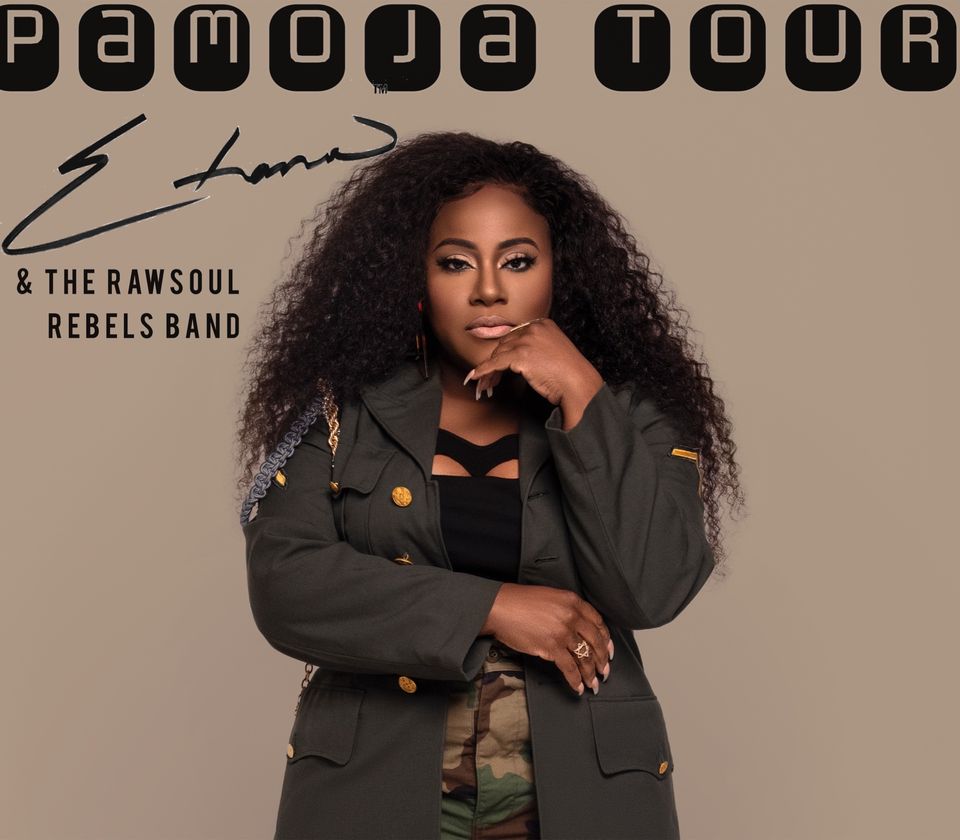 Advance tickets on sale now: https://www.eventbrite.com/…/etana-the-rawsoul-rebels…
Ages 21+ welcome
IT ALL STARTED IN 2006.
Etana’s first single Wrong Address struck a cord in many across the world, introducing Etana in a major way. The single, Wrong Address, was followed by the song entitled Roots in 2007 before she connected with VP Distribution Company.
First album: Etana -the Strong OneProduced by VP Records Various Musicians and Musical producers.
The sStrong One – included hit singles like; Wrong Address, Roots, Warrior Love, and I am not afraid.
Second Album: Free Expressions in 2011. Produced by VP Records Various Musicians and Musical producers. Distributed by VP Records.
Shows growth lyrically and vocally with hit singles like; Free, People talk, August town, and Happy Heart. This second album landed on the reggae billboard at #11
Album Number three: Better Tomorrow Produced by Shane Brown/VP Records
Shows Even more growth both lyrically and vocally. This album made it to number 9 on the Reggae Billboard.
Fourth Album: I Rise – 2014
Produced by Clive Hunt/VP Records
Powerful and more mature Etana on this album. This album made Etana the first female artist out of Jamaica to be number one on the Reggae Billboard in 17 years.
Album Number Five: Reggae Forever
Produced by Etana/Andre Morris and Distributed by Tads Records. A powerful album that made it to number one of the reggae billboard and nominated by the Grammy Committee for best reggae album in 2018 making Etana the first female in over twenty years to be nominated.

In November of 2019, Etana released her eight track EP which was a pleasant treat for her fans. Etana’s latest album “Pamoja” was released in June 2021, and she is gearing up to tour in 2022!