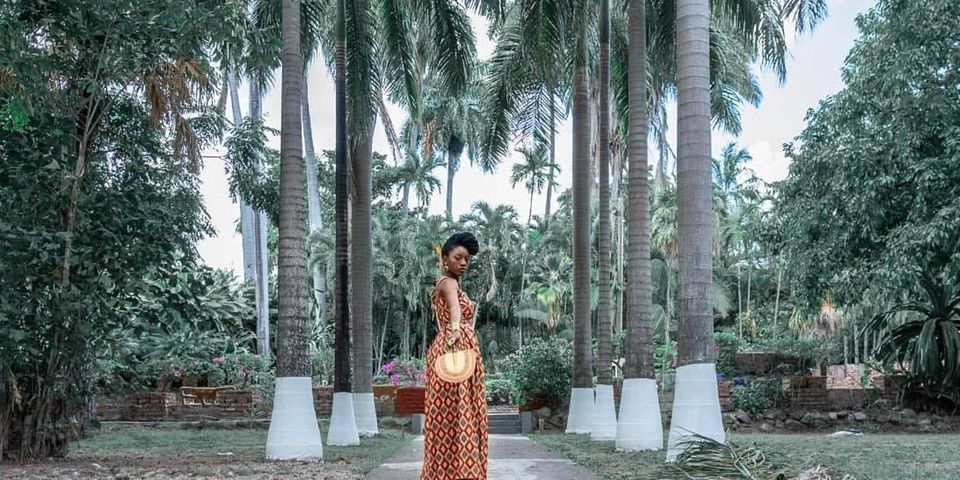 A Night of Counscious Roots at Flamingo Cantina
Ages 21+ welcome. Get $20 pre-sale’s til 8pm night of show at: www.eventbrite.com/…/hempress-sativa-tickets…
Remaining door tickets will be available for $25 on a first come, first served basis.
Inimitably, Hempress Sativa is rightly regarded as a prolific Singer/Songwriter to nascent from her Generation of `Conscious Roots” purveyors. An anomalous talent, whose expressive writing skills with sharpened delivery commands the attention of her audience in each performance; with an uncanny ability to keep all listening as if in a trance, absorbing her every word, every rhyme.
Her music though generally traditional of the Deep Roots, Rock Reggae genre; at times crosses boundaries and may reflect variants of Hip Hop, Afrobeats and R&B with the sultry serenade of (Kushite Love) exemplifying her agility as a diverse artist.
Born Kerida Johnson to Ras Tafari parents Doris Ray Ricketts and Albert `Ilawi Malawi´ Johnson, Legendary Selector (Originally of Jah Love Muzik), Drummer, Producer and Singer/Songwriter who would become her greatest influence.
Her father would summon almost 4 years old Sativa and older siblings to the `Control tower” which was a room he create to host his sound system equipments and Vinyl records. Located in the Ghetto of Mona Common, Papine, this 2 bedroom board house was the meeting grounds for the family and community to be entertained. Routinely, for his upcoming session he would methodically create an “Orthodox” selection which MYSTICALLY resonated with the Hearts of the masses who ventured near and far to hear Ilawi play. He would confidently hand the Mic to the offspring who dared to go first and it was there that Sativa would succumb to these encounters and began to develop her extraordinary talent.
Hempress Sativa has completed tours South of the US including Louisiana, Atlanta, Texas, and Miami. Conquering uncharted territory in Minneapolis whilst supporting Hopeton “Scientist” Brown at the Red Bull Sound Select, who introduced her sounds to a sold out venue receiving great reviews and new fans. from a rich tapestry of musical history, Hempress Sativa´s early exposure to the “Sound System Culture” inculcated the creative forces, she acuminated to carve her own Niche. Not only with impeccable Style of African garbs and Clarks boot but a distinctive Sound of fast “Choppin” lyrics, Rhythmic cadences and patterns to be Dubbed the “Lyrical Machine”. Her aptitude for music helped shift cultural narratives with “Hard hitting Verses” she proved a female could not only rival her male counterparts but also supersede the standards set.
Hempress Sativa whose first performance was at the age of 13, a Twelve Tribe of Israel Showcase at once King Bebo Lawn
accented by a magnitude of great acts but it was the rhapsodic melody of voice unfamiliar and unfit for the body that resonated most with the Ras Tafari elders.
Since rising to prominence in 2013 with chants like “Judgement”, “Marching Out of Babylon”, “Ooh Lalala”, “Jah have mi Back”. Consistently she has maintained her presence both on the local and international market with Mellow Moods “In a Jamaica Pt. 2”, Kabaka Pyramid “All for One”, Micah Shemaiah “Motherland” and “Dread at the Control” `Still Surviving” and “Freedom”.
Hempress Sativa has graced the Covers of magazines such as Backayard, Hotbox, Irie mag, Riddim and Abana Magazine yet remains a humilitant soul whose moral fibres are strongly govern and deeply rooted in her Ras Tafari Livity that is consistently conveyed in the contents of her songs.
She has been a popular name on the Jamaican scene for years performing at Rebel Salute, Sumfest and Digicel´s “Bob Marley” sponsored events.
She´s broken grounds with appearances in Mexico, Mapping through California for Sierra Nevada World Music Festival, High Times Reggae on The River, Northwest World Reggae Festival, and Bob Marley Celebration in San Diego at the World Beat Center to mention.
In 2017 Hempress Sativa released her debut album “UnconqueRebel” independently produced by label Conquering Lion Records with collaborated efforts from Ranking Joe on the track title “Natty Dread” and Anthemic songs such as “Rock it In a dance” and “Wah Dada Deng” mixed by Paolo Baldini yielding 11 million views and counting on Youtube.
Embarking on her first tour of Europe spanning throughout Belgium, France, Spain, Italy and England. With an impressive set at Reggae Geel expertly backed by her band UnconqueRebels. At Rototom Hempress dominated the Main stage as a first timer with an remarkable noteworthy performance manumitting her single “No retreat” which samples the late Junior Murvin which was an instant favourite with the audience. To the delight of the crowd, Hempress Sativa displayed strong hegemony over the Vina Rock Festival stage in Villarrobledo, Spain with an remarkable set.
2018 the sophomore project “Scientist meets Hempress Sativa in Dub” LP dropped featuring 10 analog, mixed tracks from the Scientist adding to her ever growing catalog.
Hempress Sativa is a multifaceted talent, propelling Jamaican music into the future maintaining a strong foundation that makes her music Timeless amidst procuring the Vinyl culture.
Hempress remains a staple on the Jamaican soil with her installment of Hempress Sativa Live which is geared at showcasing the most promising and the best on the Island.