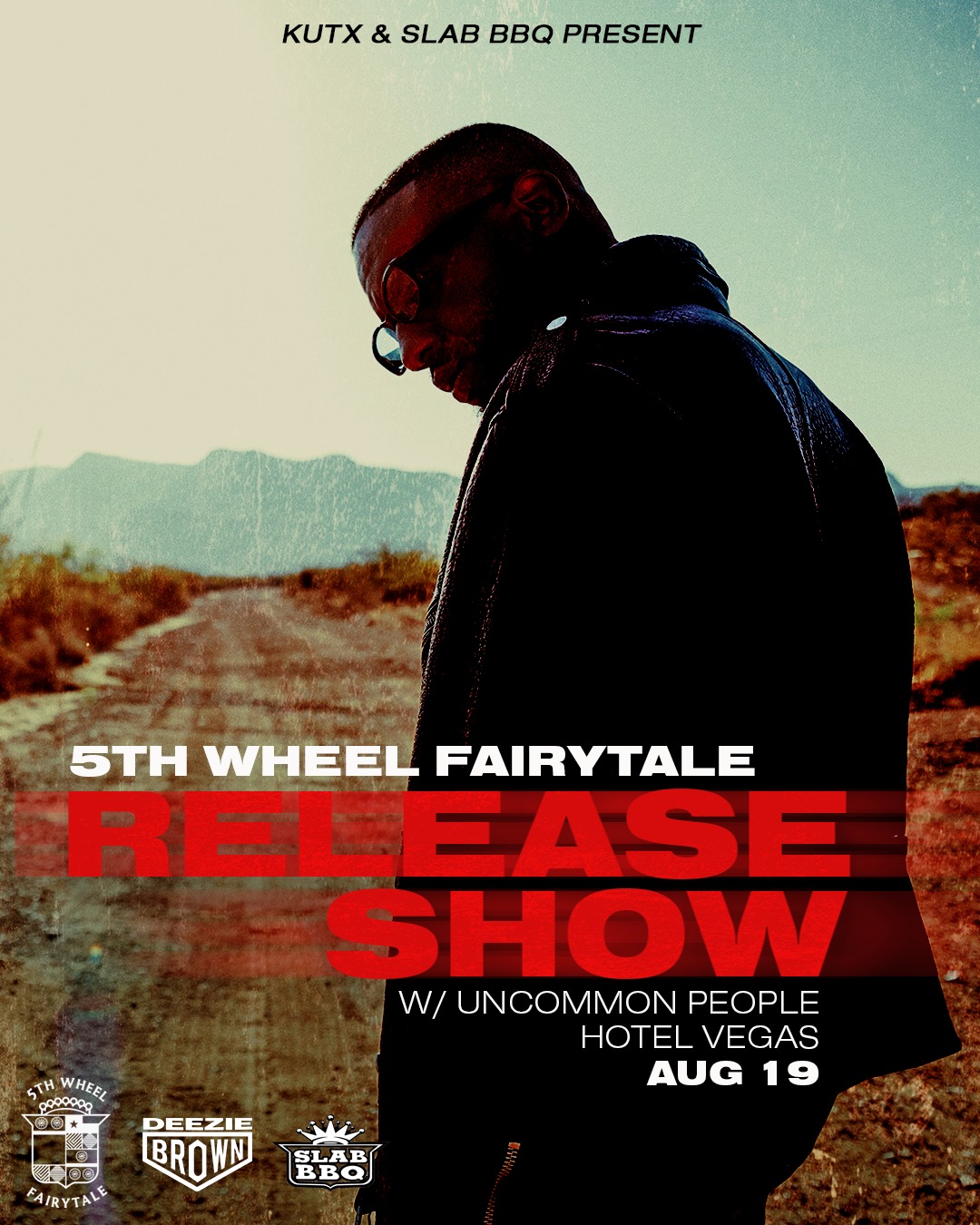 5th Wheel Fairytale Release Show Fri. 8/19
$12 // 21+
Doors at 9pm
Featuring Uncommon People & DJ Protege
Infusing traditional southern hip-hop with modern cinematic sounds, Deezie Brown pays homage to the great southern artists before him while trailblazing his own path. A blue collar past and a superstar future, Deezie´s music and visual art speak of rivalry, fear, love, and triumph, in the pursuit of black excellence.
“The dichotomy between reality and imagination isn´t just a musical theme for Brown – it´s also a guiding principle. Having one foot in the day-to-day struggles of life and the other in the infinite potential of imagination gives him confidence and direction. The album tells the story of Brown´s musical journey through two characters, one based on reality and the other based on imagination” – Texas Music
“This album is can be described as when imagination and reality slow dance” – Deezie Brown