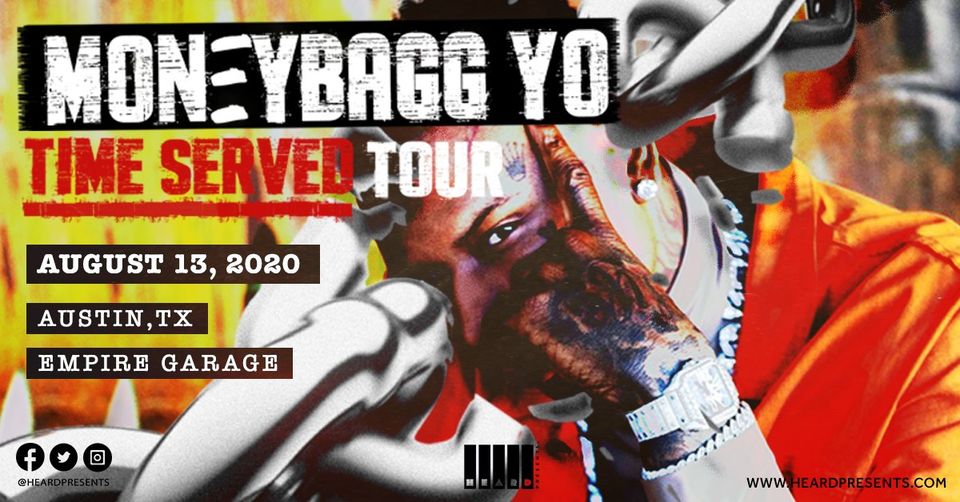 Heard Presents: Moneybagg Yo in Austin, TX at Empire Garage on August 13th, 2020
**MOVED FROM 4/18. ALL TICKETS WILL BE HONORED***
: found.ee/MoneybaggYo_Aug13
: 8pm
ALL AGES w/ $5 cash minor surcharge collected at the Door
Memphis rapper Moneybagg Yo brings grit and menace to his rhymes about street life. The prolific MC began releasing mixtapes in 2012, and became a regular fixture of the higher reaches of the Billboard 200 chart starting with his Top Five-charting mixtape Federal 3X in 2017, and continuing with studio albums like 2020’s Time Served.