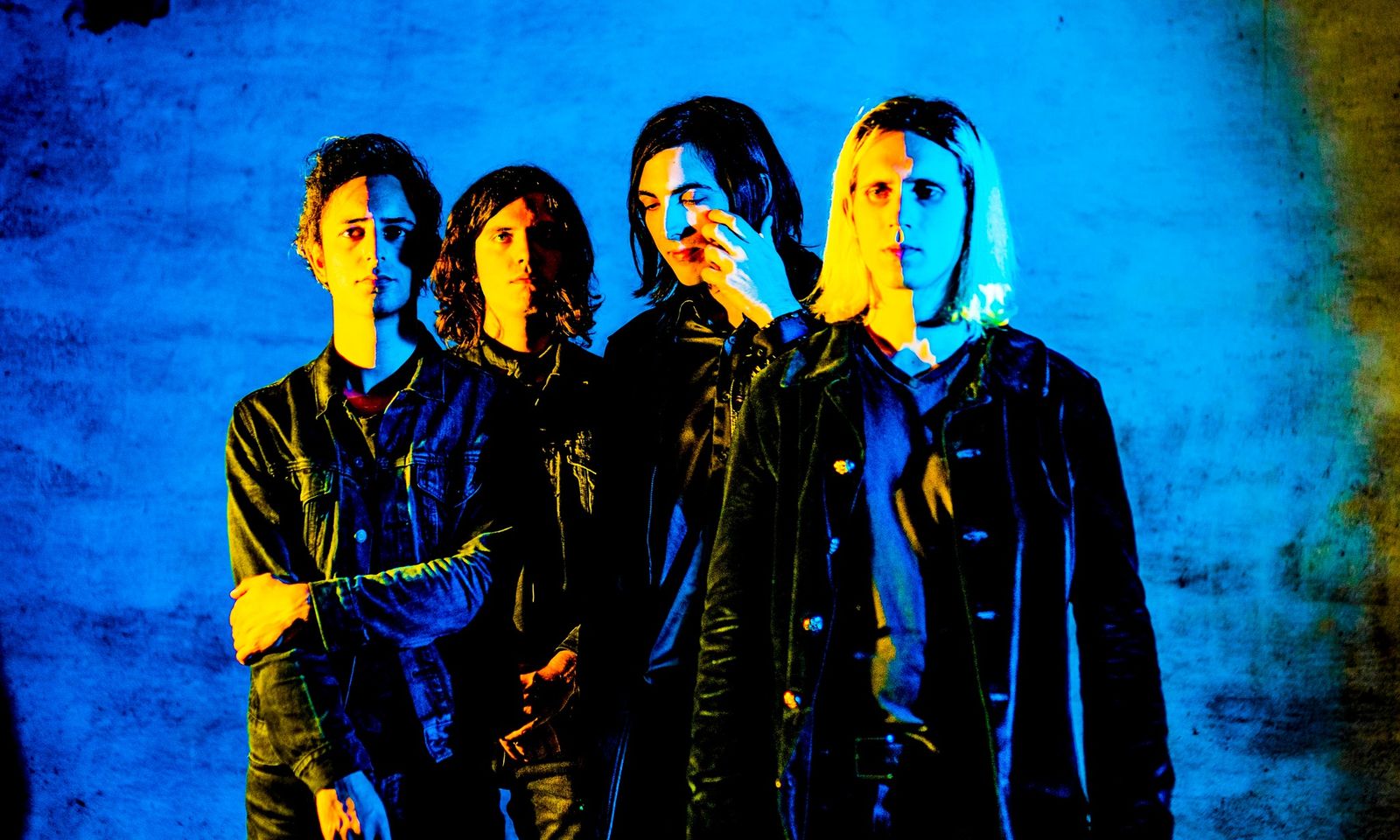 Hailing from Venice, Italy, New Candys formed in 2008. Described as dark modern rock´n´roll, the band combines noisy, brooding sounds with distinct melodies while displaying a dynamic and symbiotic connection between their music and meticulously crafted visual imagery. The band consists of Fernando Nuti, Andrea Volpato, Alessandro Boschiero and Dario Lucchesi.
Released in 2012, the first studio album “Stars Reach The Abyss”, mastered by Jon Astley, brought the band on tour in England and Italy. The song “Meltdown Corp.” was included in the annual compilation “The Reverb Conspiracy”, co-released by Fuzz Club and The Reverberation Appreciation Society (Levitation Austin). In 2015 their second studio album “As Medicine”, mixed by John Wills of Loop, was released through Picture In My Ear and Fuzz Club and distributed by Cargo Records and The Committee To Keep Music Evil. In the next two years the band toured Europe three times, also performing at the Secret Garden Party and Liverpool Psych Fest.
New Candys´ third and latest album “Bleeding Magenta” was released in 2017 by Fuzz Club / Cargo Records and repressed in the US by Little Cloud Records, followed by its European promotional tour and a performance at SpaceFest in Gda´nsk. In 2018 they toured Australia, headlining both Sydney and Melbourne Psych Fest and performing at the Adelaide Fringe. Next the band went on a US-Mexico tour and recorded a KEXP live session. In 2019 they completed a back to back tour of 50 shows in Europe, the US and Canada including Desert Stars Festival in Joshua Tree, Milwaukee Psych Fest, The Echo in LA, Hotel Vegas in Austin and Mercury Lounge in New York. A third European tour took place in September, including Levitation France and shows with The Warlocks and The Dandy Warhols and in January 2020 they played the Balkans for the first time. Some of their songs are featured on episodes of Showtime Networks original TV series “Shameless”.
——-
WEBSITE
newcandys.com/
FACEBOOK
www.facebook.com/NewCandys/
SPOTIFY