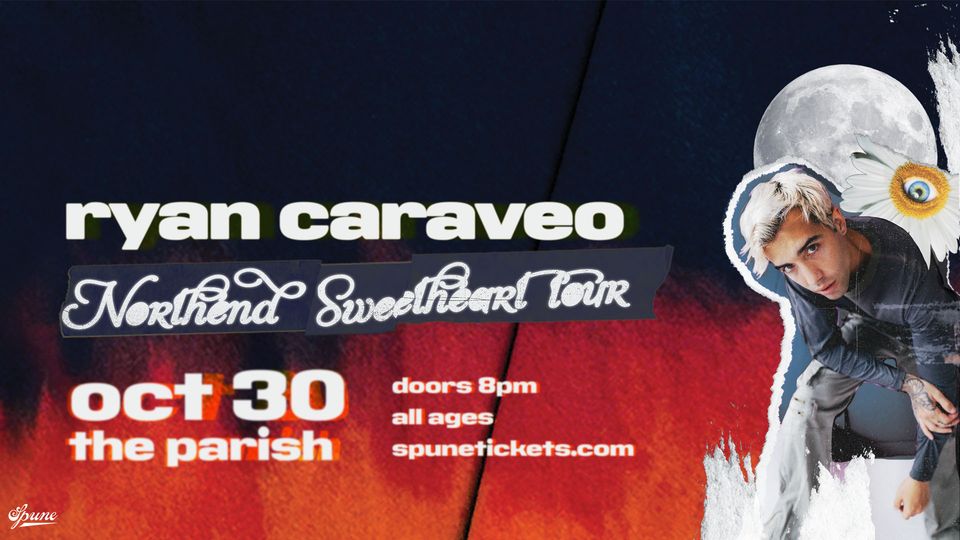 Ryan Caraveo: The Northend Sweetheart Tour
The Parish | Saturday, Oct 30, 21
Tickets: bit.ly/3iWqMcy
Ryan Caraveo has been based in LA for the past year but his roots are in Seattle, where he spent his formative years and the majority of his time grinding to build a name for himself. His reputation has been carved out of a blank slate, creating real fans, establishing longevity and loyalty, and gradually packing out bigger and bigger rooms while racking up over 700 million streams, sold out headline tours — all on his own merit.
After moving around a ton in his more impressionable years, he was able to settle in Seattle where he knew there was a greater purpose for him. Inspired by Young Jeezy, Tycho, Dilated Peoples, Linkin Park and his tumultuous childhood, he began to write his own creations. With a bedroom-studio set up, he recorded lyrics and beats, designed his own artwork, marketed himself to his peers at school and eventually opened up for local rappers in Seattle — all before he was 15.
Through a lot of independent hard work and struggles with depression, Caraveo focuses on telling stories about his life. “That’s how great things happen: when you’re not checking any boxes,” he says. His mission is to make rap that’s so soft and vulnerable, it’s harder than anything else out there. “I want young people who listen to know that being soft doesn’t make you weak,” he says, thinking back on the younger, lost version of himself that couldn’t safely express emotions. “You can’t take care of people if you’re never soft with them.”